The location of a watermark on a photo significantly affects both its intrusiveness and effectiveness. If you are trying to consider where to put a watermark on your photographs, here are a few usual methods photographers do and how their approaches affect photographs. 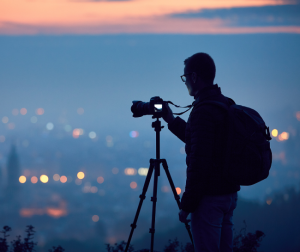 The Bottom Right is a Common Choice

When watermarks are put in the bottom right, it is often kept relatively small. The watermark definitely should not cover a huge portion of your photos since the primary reason to put it in the bottom right corner is that it isn’t too distracting, and it doesn’t ruin the essence of the photos.

Nevertheless, the drawback of watermarking in the bottom right corner is that it could be easily cropped out of your photos. With any simple photo editing software or tool, your logo, name, and details could be deleted in just a few minutes.


A Border Beneath Your Photo Can be Easily Cropped

Other photographers do not like how much a watermarking a corner could intrude in their photo, so they make a border below their photographs and put their watermark logo on it. However, a border is actually more easily cropped than a corner.

Photographers who are worried about photo theft put their watermark in the center of their photos. A watermark is tougher to delete from a photograph if it is placed in the center. It could still be omitted with more advanced photo editing software, but removing the watermark without modifying the original quality of the images is no easy feat, and some photo theft would rather just look for a photo with no watermark than spend time and effort removing it.

When a watermark is put in the center, it is normally fairly huge. Keeping the watermark large helps make sure that it is enough to cover the focal point of each photo it is used on, even if the focus subject is not really in the middle of the photograph. 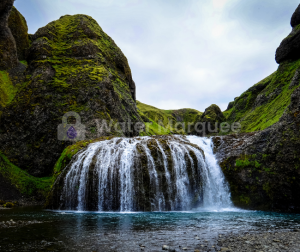 Forget About the Rule of Thirds

The rule of thirds is tested and true in the photography industry but for your watermark, it might be best that you disregard it.

This rule of thirds theory states that if you break your photograph into even thirds vertically and horizontally–imagining your image as a tic-tac-toe board, divided into nine even boxes–the focal point of your photo should fall on the lines of separation or at the intersections. 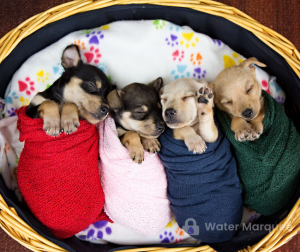 Keep in mind, however, that what’s noteworthy is that this theory is used to accurately stage and capture your scene’s action. It helps your photo become more dramatic and pulls attention to the landscape, people, or object that you were trying to focus on.

However, if you try to put your watermark aligned with the rule of thirds theory–putting it on an intersection point or a line of separation–you will be drawing the viewer’s attention to your signature instead of the subject of the photograph.

Rather than using the rule of thirds theory, just avoid these lines of the intersection like the plague, so you are not subconsciously diverting your viewers off of the magic of the image.

If you are aware of what you are doing, there is going to be a portion of each photograph where you want to pull the audience’s focus. Once you discover where that area of the photo is, steer clear away from it.

You don’t want to spoil the magic of the special moment that you have so beautifully captured by placing your name right dab smack in the middle of it. You can find a section or corner of your photo that is off to the side, an area that’s supposed to be in the background. This area is almost certainly in the corner that’s opposite of your photo subject.


The advantage of shying away from the action is that it does not pull attention from anything that’s supposed to be focused on. By putting your watermark away from your photo’s subjects, you would be sure that you are not diverting the focus of whoever is viewing your photos.

You want your audience to be aware that every single one of your photographs was taken by you. If your watermark is placed away and separates from everything else in the photo, it would be much easier to see who shot the picture. However, if your watermark was laid directly on top of the subject(s), it would be tougher to decipher.

Individual Watermarking Takes a While

Some photographers alter the location of their watermark with every photograph they upload. They search for a visually complex spot that is not the focal point of the photo and place their watermark logo on there.

In such an area, a watermark is much more difficult to remove, and it does not particularly interfere with the photo.

Modifying the watermark on each photo takes a lot of time, though. Hence, only a handful of photographers do this method. You might want to use your best and most valuable photographs and use a faster online watermarking tool, like Watermarquee, for the majority of your shots. 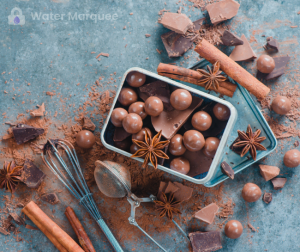 If you want an easy and straightforward watermarking solution, you can opt to use Watermarquee. This platform allows you to put your watermark anywhere you would prefer on your photos. You can also have unlimited waters marks with the pro version.

Final Words on Where to Put Watermark

Your watermark needs to strike a balance between being seen without drawing the focus away from the centre of attention. We hope that through our tips, you can easily claim ownership of your work while avoiding a confusing and cluttered image. You could use all of them, or just one—whichever you prefer, really. Eventually, you would find a delicate way to create a statement and a brand with your signature. 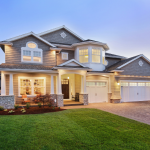 Best Tips to Make Your Home Photos Stand Out Against Competitors
NEXT
Making Money from Stock Photography: 10 Best Tips to Prep Your Photos 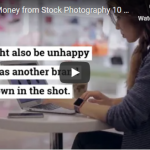