What is the best place to go in New York City to take photos?

Everyone has their own idea of what the best place to take photos in New York City is. Some people might say Central Park, others might say Times Square. Either way, there are so many places to go and explore, that you’ll never run out of options for your next photo-shoot. 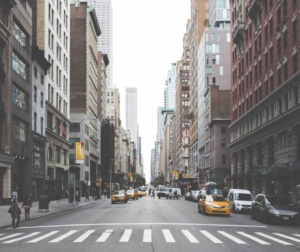 This article explores some of the most popular spots in NYC for taking pictures. From iconic landmarks like The Statue Of Liberty or Brooklyn Bridge to scenic views like Battery Park or Washington Square Park- there’s something for everyone!

There are many reasons to take photos in New York City. The first and most obvious reason is that it’s a great city with lots of iconic landmarks, amazing architecture, and beautiful scenery. Another popular reason for taking photos in the Big Apple is because it’s such an international destination – you’re likely to see people from all over the world! One of our favorite reasons for shooting in NYC is that there are so many opportunities for unique shots!

The Best Places to Take Photos in New York City 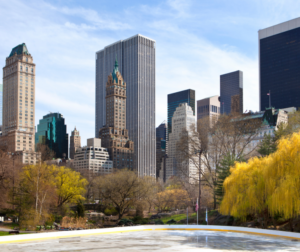 Central Park is one of the most iconic places in New York City. It’s a gorgeous park that has much to offer for both locals and visitors alike, such as an ice skating rink, carousel, Central Park Zoo, and more. If you’re looking for some fun things to do while visiting NYC then be sure to take your camera with you on your next visit! 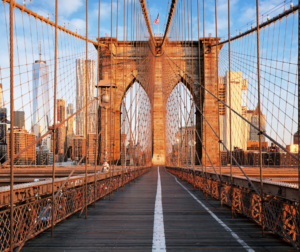 The Brooklyn Bridge is one of the most iconic landmarks in New York City. It’s also a cool place to take photos!  I like to visit it at sunrise when there are fewer people around and you can see the city waking up. The best time to shoot pictures on the bridge is early morning when the sun starts creeping over Brooklyn and Manhattan. 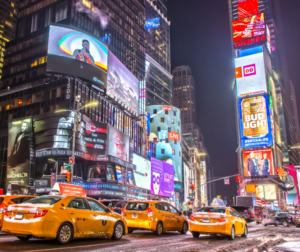 If you’re in New York City, the chances are that you’ve spent some time taking photos of your friends or family at Times Square. It’s one of the most iconic tourist destinations in America and a place that just screams “New York!” With so many people visiting this location every day, it can be hard to get a picture without anyone else in it.

Nonetheless, the earlier you arrive, the better chance there is for getting an empty background. You’ll also have more time if something goes wrong with your camera equipment or settings and needs resetting before heading out into the crowds. 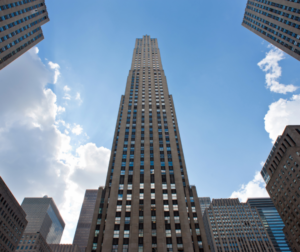 Rockefeller Center is a skyscraper in Midtown Manhattan. It was built by the Rockefeller family and opened to the public on May 10, 1933. The center has been featured in many movies and TV series as well as video games. A lot of people visit Rockefeller Center every year for sightseeing or just to take photos which is what I did!

When you get there, you can go up onto the observation deck and see all of New York City from high above it all. You might even be lucky enough to spot some celebrity appearances if you’re looking hard enough! 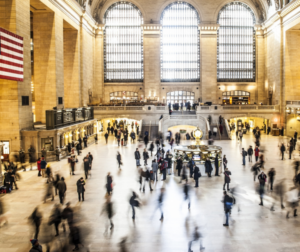 Strangers walk by each other in Grand Central Station. They bump into each other and are unaware of the presence of others, as they are preoccupied with their phones. The hustle and bustle is a trademark of New York City, but mostly unnoticed when you’re busy scrolling through your Instagram feed or updating your Facebook status.

It’s hard to take a bad photo here from any angle – the ceilings go up so high that it feels like I’m walking on clouds; the benches offer perfect spots for people-watching while waiting for trains; every inch is dripping with history and character. And yet, most people don’t seem to notice any of this because they see only themselves reflected back at them on their screens. 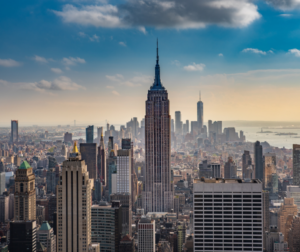 I always wanted to go to the Empire State Building. I’ve never been in it before but had seen so many photos of people who were in it. When I finally got there, I was blown away by how amazing the building is – and then you get a bird’s eye view from up high! It looks like something out of a sci-fi movie. But one thing that surprised me was all of the people taking photos on top of the building – which means they have an even better view than me!

One of the best times to take photos in New York City is during sunrise. The beautiful scene attracts many tourists and locals alike. Daylight hours are a great time for people who want to capture all of the beauty that NYC has to offer but it’s also one of the busiest times as well. If you’re looking for something less crowded, then early morning would be your best bet!

This is a great time for those who want to capture the beauty that NYC has to offer but it’s also one of the busiest times since people will be heading off on their morning commutes and starting work. If you’re looking for something less crowded, then early morning would be your best bet!

The sky can still have beautiful colors during this time so if you are an avid photographer or just like taking pictures as part of your travel experience, then sunrise in New York City is a must-do activity.

Use a Wide-angle Lens for Capturing the Skyline and Cityscapes

It’s a cold day in New York City, and you’re walking down Broadway. You can’t help but notice the iconic Empire State Building towering over the cityscape. As you continue to walk, you see buildings with classic architecture and tall skyscrapers that make up this beautiful metropolis. It’s now time to take your camera out of its bag and capture these amazing sights!

A wide-angle lens is perfect for capturing large landscapes like NYC because it captures so much more than just what is in front of you – it also includes things that are far away from the camera position.

It’s a myth that you should only shoot on sunny days. The truth is, cloudy days can produce atmospheric shots with dramatic shadows and less harsh light. This means the pictures will have more depth and mood to them, which are great for creative photography. So don’t be afraid of shooting on overcast days – they may not make your photos look as bright, but they’ll still have an interesting feel to them!

What you can do to make sure your images look the best: When shooting on a cloudy day, use fill flash if needed. Fill flash is when there are areas in the photo that are too dark or shadowy – it’s used just like natural light. It helps balance out any lighting discrepancies and makes photos brighter.

In terms of exposure, don’t overexpose shots as much because they’ll end up looking more washed out with less definition than an image taken without fill flash (on sunny days). And be careful not to underexpose them either; this will cause your picture to have shadows but no detail in those shaded areas. You may need to play with your camera settings for some time before getting what you want!

Many photographers create their own filters to make their photos look like they were taken in black and white or with an old camera filter. These filters are often free, but if you have Photoshop, you can also try downloading one of the many available plugins that will allow you to convert your images into these styles.

For those who just want a quick fix for this style without going through the process of manually changing it, there are online resources where people can upload images and then convert them to black & white or an old camera filter.

Night shooting can be a beautiful thing, especially when you have the right equipment and know how to use it. Unfortunately, there are some drawbacks that come with night photography. For starters, low light is not good for capturing detail in your images or helping you set up lighting properly.

This leads to blurry photos and improperly lit subjects. If you don’t have any other option but shooting at night due to scheduling constraints, make sure that you take these steps:

2) Use a tripod or support – Point-and-shoot cameras just won’t cut it (pun intended).

Central Park, Brooklyn Bridge, Times Square, Rockefeller Center. These places are iconic and tourists from all over the world flock to them each year in order to capture some of New York City’s most beautiful moments on camera. If you’re looking for a place to take your next photo that is less crowded than these popular destinations but still has an incredible view, try Grand Central Station or Empire State Building instead!

Of course, there will be other people around – it just might not feel as busy with everyone trying to get their picture taken at once as you would find in more touristy areas. 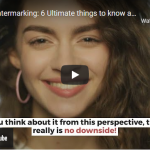 Understanding Digital Watermarking:6 Ultimate Things to Know About Watermarking?
NEXT
Creating a Watermark 101: What are the Most Important Basics in Watermarking? 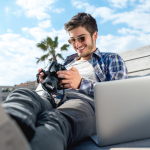