Why do some photographers use a pinhole camera?

People make pinhole photos for a variety of reasons; it is the most basic type of camera photography you can get. Taking a pinhole picture means you need to take a moment, to pause, and consider it; it is not fast-paced photography (like some new photography trends), but it can be hip shot, and you could get photos that capture movement and the passage of time (just not as you could expect.) 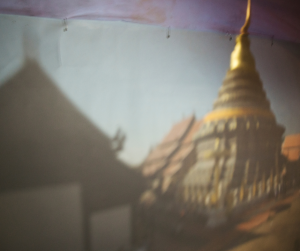 A pinhole camera is a basic box with a small hole within it. When the image is exposed to light, it passes through the hole and appears inverted on the opposite side of the window. It is as easy a camera as you could get, and the effect has been recognized for thousands of years.


It is hard to take a stunning and highly-detailed picture with a pinhole camera; you have to compare the size of the pinhole with the proximity to the object and the crispness of the resulting image. Nevertheless, after I have written about the Afghan Camera project, I have been fascinated by the amazing photos that can be produced with a humble pinhole camera.

Here are some stunning examples of images taken with pinhole cameras: 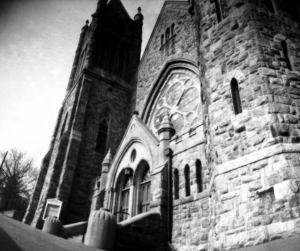 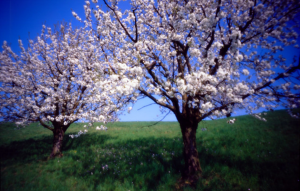 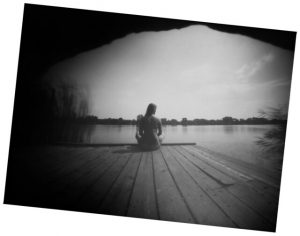 What is a Pinhole Camera?

A pinhole camera is the simplest possible camera. It comprises of a light-proof box, some kind of film, and a pinhole. The pinhole is an incredibly small hole that you can create with a pin tip in a piece of aluminum foil.

How Does It Work?


The little dot will shift while your friend turns his flashlight. The tinier the pinhole (within limits), the sharper and the smaller point of light the flashlight makes.

Now imagine that you’re going to take your big and dark pinhole-equipped box room outside, and point it to a gorgeous landscape frame. When you take a look at the wall on the opposite side of the pinhole, what you are going to see is a distorted and reversed version of the scene outside. Through point in the scene produces light, and, like a flashlight, the light beam from that point passes through the tiny pinhole and produces a point of light on the back wall.

All the points in the scene do so at the same time, so that the entire frame, in focus, is produced on the back panel of the room. The pinhole camera photos are very faint because the pinhole is very minute, but you could see the images if the room is very dim.

You may use either photographic paper or film with pinhole photography. If you are utilizing photographic paper, please do remember that the exposure period must be longer, because the paper isn’t really as sensitive as the use of film. Exposure time could take up to a few minutes on a bright and sunny day. On the other hand, the exposure time could take just a couple of seconds when using film.

For your shot to be effective, you need to make sure there is enough light entering the pinhole. If the image you are taking a picture of is about five feet or less, just tilt the pinhole camera up a little. This change is important for displacement, as there are a couple of lines of sight. On the other hand, if you shoot anything more than five feet away, hold the camera at a straight angle.

Experiment and Shoot then Repeat

Now the fun starts! When shooting, place the camera on a tripod if possible, or at least just a steady surface. This will guarantee that the camera will not move during most of the exposure time. Enable the light to penetrate the pinhole camera during exposure, but don’t forget to shield the dark-covered hole when you’re not aiming. The fun here is to play with the objects to shoot as well as the exposure phase.
Pinhole cameras likewise have their share of advantages and disadvantages.

The benefit of pinhole cameras is their range of focus. All in a photo captured by a pinhole camera is in focus; it has infinite depth. Another great thing about this simple camera is that it is very easy to build and use.

Although pinhole cameras are awesome and quick, they do have disadvantages. For instance, the pinhole camera has a longer exposure time than the standard camera. This likewise means that you need a tripod or a piece of equipment like a tripod to keep it steady. Another downside is the clarity of the images. Since there’s no lens, the images aren’t as bright. They’re not very good at taking action or moving photos, either.

You have to be patient shooting with a pinhole camera as it is a learning experience! Since we’ve been talking about a piece of unusual camera equipment, check out some unusual types of photography that you can try.

No matter what type of photography you enjoy, your online photos can be protected from theft by using a watermark. Watermarquee allows you to create watermarks right on your browser! Read how simple it is to use here.  For unlimited watermarking sign up to pro version today. 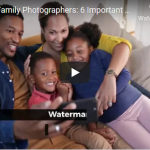 Tips for Family Photographers: 6 Important Things to Know About Watermarking
NEXT
6 Best HDR Photography Tips to Make You a Better Photographer 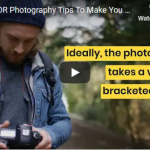