Watermarks The Importance of Location

Where to Place Watermarks on Your Images

Really, do you know where to place your watermark to maximize its potential?

The photos are taken, the edits are already completed, and you feel pretty good about how you got the image you saw in your mind.

But there is one issue here: you’re not exactly sure where to put your watermarks.

The photographer’s eye may be skilled in the rule of thirds and how to establish the correct lighting for each shot, but you’re not exactly the expert when it comes to putting your watermark.

You want to protect and claim your work – which is why you’ve got the watermarks in the first place – but you do not want it to distract the viewers from the essence of your image.

Placing a watermark on your work significantly impacts both its intrusiveness and effectivity.

If you are really trying to decide where to put watermarks on your images, here are some standard approaches photographers take and how it affects the photographs. 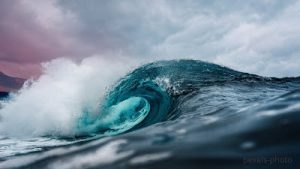 The Bottom Right is a Standard Choice

The bottom right corner is the usual position for placing a watermark. A watermark is noticeable in the corner, but it does not detract significantly from a photograph. Any corner works, but most photographers decide on the right bottom.

If a watermark is placed on the right bottom, it is generally kept relatively small. The watermark should not cover a large portion of your photos, because the last thing you want your watermark to do is to be a distraction.

The downside of having your watermarks in the bottom right (or any other) corner is that it could be conveniently cropped out of your images. Any simple photo editing software could erase your name and information in just a few clicks.

A Border Below Your Photo is Easily Cropped

Some photographers don’t like how much a watermark in a corner intrudes on their images, so they make a border below their pictures and place their watermark on the border. The border is much easier to crop than the corner, though.

When you post your photos without changing them, your name will remain attached. However, someone who wants to remove watermarks can simply do so.


The Center is More Prominent

Photographers who are worried about photo theft (and many stock photo sites) put the watermark at the center of their photos. It is extra challenging to remove a watermark that was placed in the center of a photograph.

This could still be removed using photo editing tools, but getting rid of the watermarks without changing the original image requires specialized knowledge.

Those who are not used to photo editing may not be able to delete the watermark, and even those who know how to get rid of it would have to spend some time changing some of the images they take.

When watermarks are placed in the center, it’s usually quite large. Keeping the watermark large ensures that it covers the focal point of each photograph that it is placed on, even if the focal point is not in the middle of the image.

How About the Rule of Thirds?

The rule of thirds is tried and tested in the world of photography, but for the sake of your watermark, it might be better for you to disregard it.

This rule is that if you break your photo into even thirds horizontally and vertically – seeing your photo as an imaginary tic-tac-toe board, split into nine even boxes – the focus of your image should lie either on the lines of separation or at their intersections.

What is important to note is that the rule of thirds is used to properly stage and capture the action of your photo. It makes your image more dramatic, drawing attention to people, objects, or landscapes that are meant to be focused on.

But if you try to position your watermarks using the rule of thirds – to put it on a line of separation or intersection point – you’ll be diverting the focus to your signature rather than to the subject of the picture.

Rather than using the rule of thirds, clearly avoid these lines of an intersection so that you do not unconsciously take the observer’s eye out of the magic of the image.


Why It is Advised to Shy Away from the Attention

When you know what you’re doing, there’s going to be a portion of every picture where you’re going to attract the viewer’s attention. When you know where the part of the picture is, avoid it like the plague.

The advantage of being away from the attention is twofold: it doesn’t take away something that is supposed to be concentrated on. By tucking your watermark away to the subject(s) of your picture, you’ll know that you’re not distracting anyone who’s viewing it.

It would not get lost in the mix of all the rest that happens. You want people to know you have taken every one of your photos. If your watermark is different from everything else, it is quite easy to decipher who photographed it. It would be harder to distinguish if it were placed on top of the subject(s).

Several photographers change their watermark placement with each photo they publish. They’re looking for a visually complex area that is not the focus of every image and putting their watermark there.

A watermark is difficult (although not impossible) to remove at such a location, and does not significantly interfere with the image.

Still, it takes a lot of time to customize the watermark of each image, which is why only a few photographers adopt this approach.

You might want to use only your most valuable images, and use a faster approach of watermarking photos.

If you are searching for a simple resolution for watermarking, consider using Watermarquee. The platform lets you put your watermarks in your photographs wherever you want.

Your watermarks need a balance between being noticed not being the center of attention. You can easily claim your work by following these tips while also avoiding a distracting image.

You could use them all, or just try one at a time. Ultimately, you will find a dramatic way to create a statement with your signature. 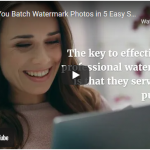 How Do You Batch Watermark Photos in 5 Easy Steps?
NEXT
Why Watermarks Matter in the Virtual World 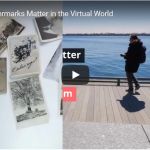