Do you want to take your photography to the next level? Are you frustrated that your photos just don’t look as good as other photographer’s? Then it’s time to try golden ratio photography by mastering a technique that’s easy to learn but difficult to perfect – the golden ratio.

What is the Golden Ratio?

The golden ratio is a ratio of approximately 1.618 to 1. Artists, architects, and musicians have used it for centuries, but it can also be found throughout the natural world. To create golden ratio photography, you simply arrange objects in your composition in such a way that they fit within the structure of the golden ratio.

The Golden Ratio is Everywhere

The golden ratio is very interesting because it isn’t inherently unique to photography. We can visualize it in almost every aspect of life, from the human body to famous works of art, and everything in between.

Although the mathematical concept it derives from existed independently of humankind long before recorded history, artists started using it as a basis for compositions in the 1500s. Renaissance artists began calling it the “golden ratio” or the “divine proportion” because of its ability to achieve balance and beauty. This was also in thanks to the mathematical theory where the golden ratio is based – the Fibonacci sequence.

“The Fibonacci spiral became an essential tool for renaissance artists who wished to create visually appealing compositions within their art.”

The Fibonacci Sequence and the Golden Spiral

Leonardo Fibonacci discovered the Fibonacci sequence around the year 1200. It is a sequence of numbers that begins with 0 and 1 which the mathematician observed in day-to-day life. The sequence begins by adding 0 and 1, the first two numbers, together to get 1. Each number after this in the sequence is the sum of the two numbers that precede it, so the sequence goes: 0, 1, 1, 2, 3, 5, 8, 13, 21, 34, and so on.

The ratio of any two successive Fibonacci numbers is very close to the golden ratio, which is approximately 1.618034. Artists then used this ratio to create the Fibonacci spiral, or golden spiral, a visual diagram which uses the Fibonacci numbers to create a grid with squares representing the width of Fibonacci numbers. This spiral was found to appear within nature and life in countless places and became an essential tool for renaissance artists who wished to create natural curves and visually appealing compositions within their art.

The Phi Grid and Divine Proportion

Given the renaissance artists’ penchant for making everything biblical, they gave the Fibonacci sequence and spiral a new name to fit in with their beliefs, the “Divine Proportion”. It is based on the ratio of one object to another as defined by the number 1.618. For example, if you take the length of a rectangle and divide it by its height and it equals 1.618, the rectangle is called a “golden rectangle” because the lengths of its sides are in the golden ratio.

This number is also often referred to as “Phi’s number”, named after Phidias, a Greek sculptor who lived around 490–430 B.C. The ratio was so named because it was believed that Phidias made deliberate and intricate use of the Divine Proportion in much of his work, including the Athena Parthenos in Athens and the Statue of Zeus at Olympia.

The phi grid became the next iteration of this concept and is effectively another way to visualize the golden ratio. Rectangles can be superimposed over an image in a grid based on the 1:1.618 ratio. This “phi grid” divides your scene into thirds, both horizontally and vertically. But unlike the more popular rule of thirds, the centre lines in the Phi Grid are closer together. This moves the more important elements of your photo closer to the centre and creates a different and arguably more advanced version of a simple rule of thirds composition.

Use of the Divine Proportion, Phi Grid and/or Golden Ratio is all around us. While knowledge of its existence has been confined to more specialized disciplines, it has slowly gained some mainstream recognition. For example, some suggest that Leonardo deliberately used the Divine Proportion in almost every aspect of his work including such paintings as the Mona Lisa and The Last Supper.

Throughout history, however, it has been speculated that the golden ratio is prevalent in every aspect of our universe—from the natural growth pattern of the nautilus seashell to the pyramids of Egypt, and the musical compositions of Mozart and Beethoven.

The Divine Proportion is now more than not represented by the “golden spiral”. This is the name popularised by artists and sculptors who use the tool to achieve remarkably accurate proportion and aesthetic composition, and is what the concept is now referred to in common art theory.

What About The Rule Of Thirds?

A Simple Version of Golden Ratio

The Rule of Thirds is effectively a simplified version of the golden ratio, a common compositional technique that divides your frame into an equal, three-by-three grid with two horizontal lines and two vertical lines that intersect at four points. The Rule of Thirds places your photography subject on the left-third or right-third of the frame, each sitting on a vertical line and at least one horizontal line to create a pleasing composition.

The reason this tool is so effective is because of our biology. The human eye gravitates toward points right beyond the centre of a photo, points which are called the intersecting points on a Rule of Thirds grid. As people read text from left to right, they also read images in the same direction and as a result, the bottom right portion of an image is the most visually arresting whereas the upper left corner is most likely to be overlooked.

Despite these interesting factors revolving around eye placement, the rule of thirds is still essentially a simplified version of the golden ratio. Thirds are very easy to visualize and, therefore, easier for novice photographers to use with little forethought, whereas golden ratio photography is a little more technical.

Golden Ratio or Rule of Thirds?

What you choose to use for a composition will depend a lot on the scene you are trying to capture. The rule of thirds is great for minimalist photographs where you have a single subject, but if you wish to place several objects in a frame to emphasize movement, then the golden ratio photography technique would be your best option.

In fact, if you really wanted to spice up it up and double down on maths of an image, you could introduce Phi grid overlays into you object or landscape photography and make elements within the frame to fit the Fibonacci spiral.

Whether you decide to follow the golden ratio photography technique or not, always remember that your own photographs should always be just that, your own. If you don’t want to follow a certain rule, then feel free to break it.

You may not be aware that using online images without the owner’s permission is theft. Adding a watermark with your contact details or a logo will help to prevent this from happening to your golden ratio photography. Watermarquee offers an easy to use watermark which you create right in your browser with no downloads. Sign up today for unlimited watermarking. 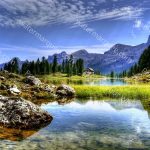 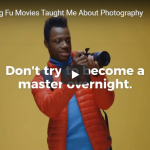 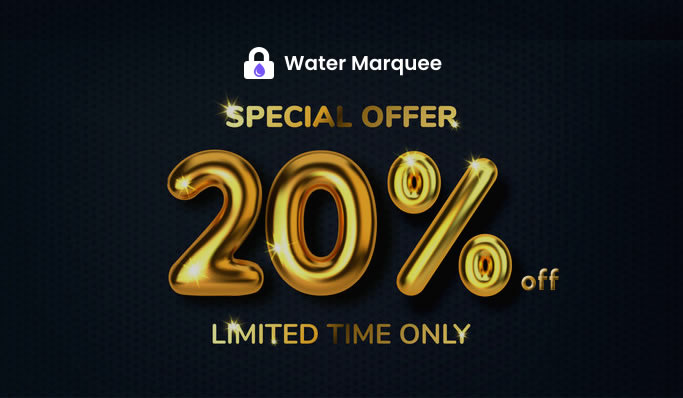